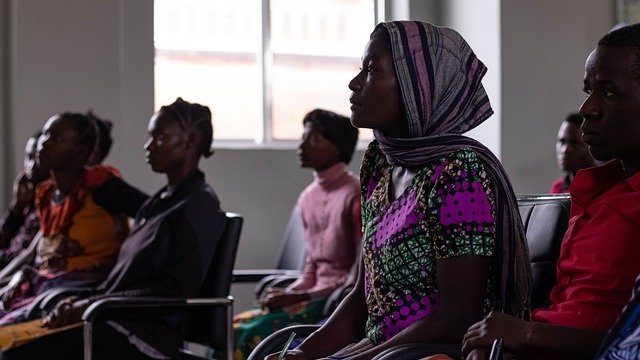 Image by erinbetzk from Pixabay

By Janet Chapman, chair of Tanzania Development Trust and founder of Crowd2Map Tanzania

It’s the cutting season for Female Genital Mutilation (FGM), and a young girl is at risk in rural Tanzania. FGM activists work with the police to save her and get her to a safe house. But they often drive around for hours at night looking for any signs that they’re in the right place, because there is a lack of maps in much of rural Tanzania.

Another day and more water is needed for the household. Many village pumps are broken and villagers have no way to report this. So a local woman sets out on a five-kilometre walk to the nearest stream, which is the nearest source of water. It takes many hours of her day – hours that she could have spent working and increasing her income. The stream is used by animals, so it is very dirty and brings the risk of infection and illness. Since climate change has been impacting the country, droughts are likely – sometimes she will reach the stream, only to find that it has dried up and there is no water to collect.

A farmer goes to check on her crops – agriculture being the backbone of Tanzania’s rural economy, they are her lifeline, as with many others. She has been struggling as climate change has devastated her land and crops. She has no access to weather reports, and her crops rely solely on rainfall to grow, so if she miscalculates her planting her family will go hungry.

The scenarios above are just some of the problems that rural communities in Tanzania face on a daily basis – problems that we try to combat in our work at the Tanzania Development Trust through our projects with local representatives on the ground.

While we all know the prevalence and importance of technology in our lives (where would we be without our mobile phones!), the use of technology for good and for sustainable development has huge untapped potential for women like those above.

Creating a network of Digital Champions

In 2017 our mapping project Crowd2Map, working with activists led by our local rep Rhobi Samwelly, used a grant from USAID to set up and train a network of 87 Digital Champions in 87 villages across the Serengeti district. These Digital Champions are a key asset to our work across rural Tanzania in various projects, such as gender-based violence (GBV) and FGM.

When setting up this network, the first part of the training consisted of sessions with a women’s and children’s protection committee that had been set up in each village. These sessions looked at what GBV was, and what their responsibilities were, as well as how to use a smartphone, map incidents, and use a free app called Open Data Kit (ODK) to report GBV. The committee chose one woman from each community who had never used a smartphone before. They were loaned a smartphone with an SD card (with a lot of memory due to the connectivity problems) to carry on this project, and become a Digital Champion for their community.

One thing our Digital Champions do is add their local knowledge to the map via Maps.Me, a free smartphone app that works offline. It’s crucial for those on the ground to be able to add local knowledge and information about a building or known routes to a destination. We have also trained small NGOs and police in using Maps.Me to rescue girls. When a call comes in saying that some girls are at risk and where they are sheltering, those on the ground can reach them using a map that works offline. It can quite literally be lifesaving.

One of the factors of risk for FGM is clans. In Tanzania, FGM is a cultural practice – certain tribes will carry out this practice. Different clans also plan their cutting seasons at different times. So mapping where different clans are most prevalent is incredibly useful for planning outreach and FGM prevention work.

However, ending FGM has numerous components. Alongside mapping, our Digital Champions will also do follow-up work in the villages, discussing the dangers of FGM and ensuring the girls at risk are being monitored. Rhobi’s organisation, Hope for Girls and Women, does some incredible work, holding roadshows and re-educating cutters.

Our 87 Digital Champions’ work is ongoing, and we are currently working with Nottingham University on researching the risk factors for FGM and how it varies between villages. But their work doesn’t end with FGM and GBV – it extends to various other projects, and other sustainable development goals (SDGs).

Using apps to save lives

Most recently, we trained our Digital Champions in using the PlantVillage Nuru app, which was developed by Penn State University and uses AI to detect pests in maize and cassava. Generally, all of the communities we work with have subsistence farmers. Pests can significantly decrease the crop yield, and thus hugely decrease the families’ income, leaving them vulnerable to hunger, malnutrition and more. This app gives subsistence farmers in an already changing and degrading world the chance to manage their crops more efficiently, earn more of an income, and have more food to eat.

Access to water is an immense issue. In surveying this in all of the villages, we found that if there are existing water pumps, they are most often broken, leaving people to collect their drinking water from dirty resources such as streams.

Furthermore, with climate change, access to water is ever-changing, with rainfall becoming more unpredictable – something else we try to measure. Again, with the use of maps, the locals can share their knowledge of local resources on a map that can be used by the government to support planning. These maps create a narrative of how people access, control and use water in practice, and identifies differences between domestic uses versus productive governance and use.

We have also looked at access to healthcare with our Digital Champions. Frequently, healthcare for communities in rural Tanzania is via very small pharmacies – but in some villages, these don’t exist.

For Open Data Day, after receiving a grant from the Open Knowledge Foundation, we had a session where we introduced the SDGs to find out what people perceived to be the main challenges towards reaching the SDGs, and which were most relevant to their own community. We went to Matare village, where many people weren’t aware of the SDGs at all. But the clear opinion of the community was that the most relevant SDGs to them were: access to water, access to healthcare, and better roads to the market (generally, they are dirt roads and in the rainy season they can become impassable – as many are farmers, access to the market to sell their crops is essential).

We believe that the SDGs are best implemented and achieved when they are practised village by village, region by region, city by city, and country by country. What we are trying to do is implement and achieve SDGs at a village level.

We will monitor one village as a reference point to track progress on the SDGs – people’s perceptions on them, what has changed, and what has been achieved or still needs to be achieved. We will continue to work with the incredible rural communities to empower them and achieve these SDGs.

The farmer will one day check on her crops and beam about the yield, knowing she will earn a decent income from them and eat well.

The woman will be able to collect her clean water from a pump quickly and safely, just a few steps within her own community, rather than walking 5km a day to a stream. She will also be able to use those hours working and earning more of an income.

The girl will be rescued from FGM and taken to a safe house…and one day, hopefully, won’t even be at risk.

And rural Tanzania will be on the map.

This website uses cookies to improve your experience while you navigate through the website. Out of these, the cookies that are categorized as necessary are stored on your browser as they are essential for the working of basic functionalities of the website. We also use third-party cookies that help us analyze and understand how you use this website. These cookies will be stored in your browser only with your consent. You also have the option to opt-out of these cookies. But opting out of some of these cookies may affect your browsing experience.
Necessary Always Enabled
Necessary cookies are absolutely essential for the website to function properly. This category only includes cookies that ensures basic functionalities and security features of the website. These cookies do not store any personal information.
Non-necessary
Any cookies that may not be particularly necessary for the website to function and is used specifically to collect user personal data via analytics, ads, other embedded contents are termed as non-necessary cookies. It is mandatory to procure user consent prior to running these cookies on your website.
SAVE & ACCEPT